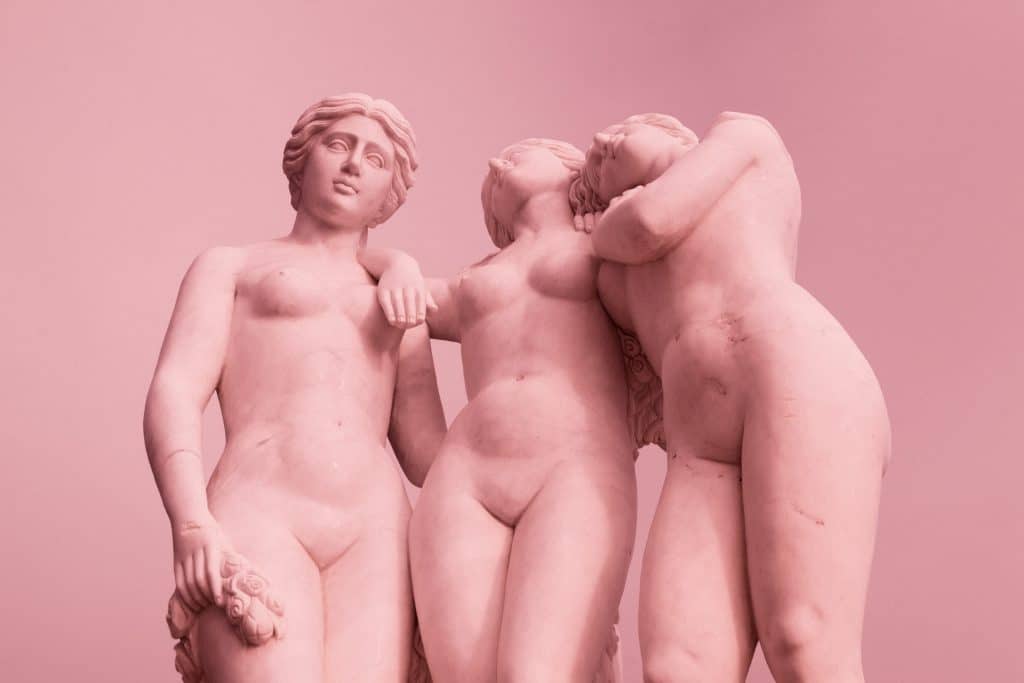 Cosmetic surgery often becomes the topic of media publications and discussions on social networks and forums. Clients of surgeons share their own impressions, and those who are just thinking about surgery express their doubts. There are those who deplore any aesthetic changes in appearance, and those who are actively interested in new products in this industry. All these circumstances inevitably give rise to a lot of rumors and speculation about cosmetic surgery.

People tend to be mistaken about both the “absolute harm” of cosmetic surgery and its “absolutely successful result”. After all, much in surgery depends on the qualifications of the doctor, and on the chosen technique, and on the state of health of the patient.

We will mention the most common myths about cosmetic surgery.

Myth 1. The result of cosmetic surgery will be the same as that of a friend, acquaintance or TV star.

The body of each person is individual – and therefore a unique approach is required for each client. Not only the physique, skin type, but also the ability to quickly recover after surgery, the characteristics of tissue scarring differ. The result of cosmetic surgery is affected by the patient’s state of health, the presence of chronic diseases, which can adversely affect the length of the rehabilitation period.

It often happens that operations by the same doctor really give excellent results, which customers are satisfied with. But a lot also depends on their expectations. If this is an operation that radically changes the appearance, then the features of this appearance are of paramount importance. For example, liposuction for a rather slender woman with elastic skin brings the desired correction and tightens the stomach or hips. The same operation on a woman with more sagging skin will leave wrinkles, and with a plump figure, liposuction may not even be enough to achieve harmony. After all, this operation is aimed at correcting the figure, and is not at all considered a method for radical weight loss.

In other words, the result is directly related to the characteristics of each person – both appearance and the work of internal organs. You cannot hope that a successful cosmetic surgery for someone else guarantees you an equally successful result. And in order to make any more reasonable assumptions about the result of the operation, you need to go for a consultation with a doctor. 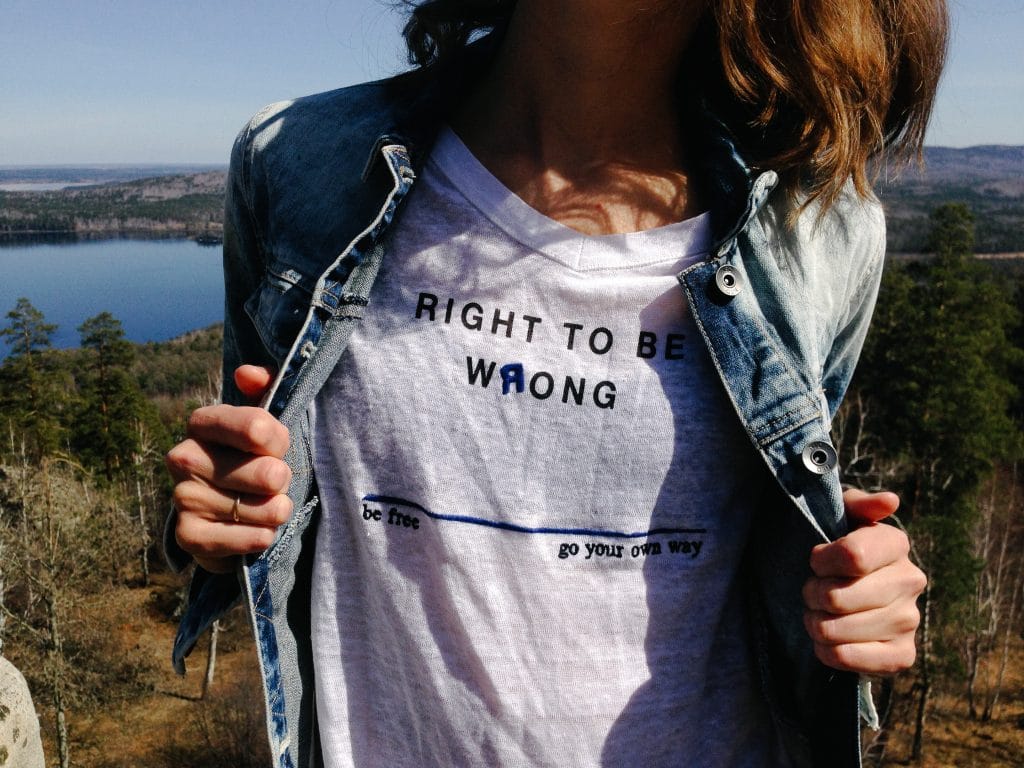 Myth 2. The result of cosmetic surgery can always be predicted.

Alas, this is also highly controversial. Of course, the cosmetic surgeon will tell you about the peculiarities of your appearance and the possibilities of its correction already at the first introductory consultation. In this case, the method of modeling the probable result of the operation based on the patient’s photo is often used. A program similar to Photoshop is used, in which the patient is “reshaped by the nose” or other supposed corrections are carried out.

The probable result in most cases is realized after the operation. However, there is no absolute guarantee that the nose will be the same as in the photo. Despite the fact that cosmetic surgeons try to calibrate their work to the nearest millimeter, still some features of the tissues or cartilage arrangement can affect the result. This does not mean that it will necessarily be worse than expected. On the contrary, most of the customers are satisfied with the effect. However, the result may still differ slightly from the expected – and this must be taken into account. 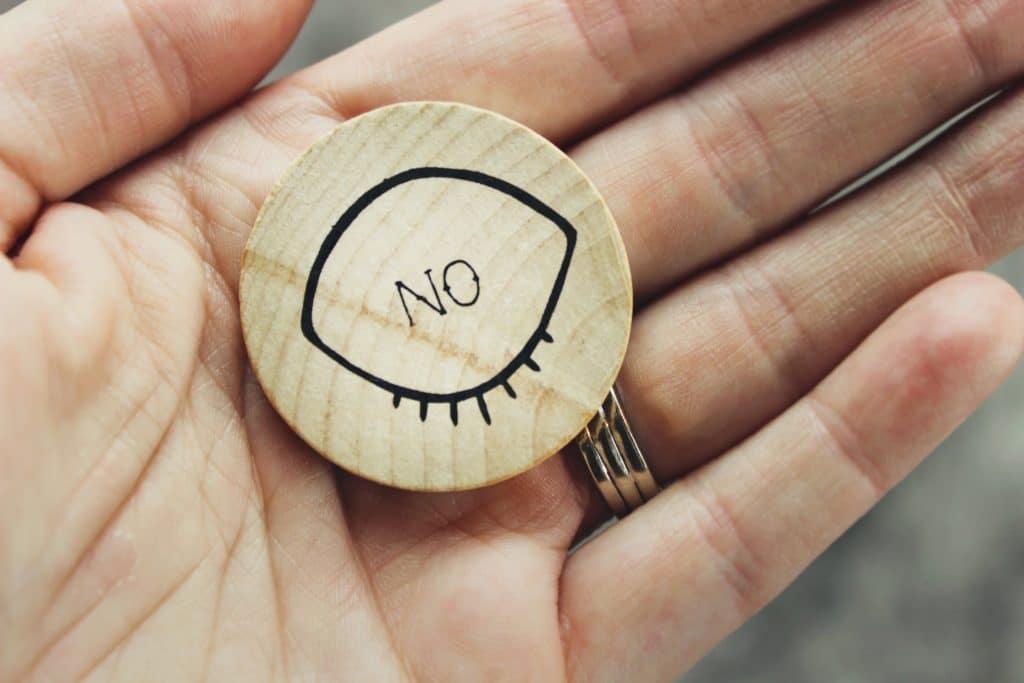 Myth 3. There are cosmetic surgeries without side effects.

Strictly speaking, this is simply impossible. cosmetic surgery involves surgical intervention, to which the body cannot but respond. Of course, they try to minimize the quantity and quality of side effects.

In order to avoid the inflammatory processes inherent in any surgical intervention, antibiotics are used. Usually the course begins even before the operation. To avoid the formation of hematomas, special creams are applied. To ensure that the achieved proportions are not violated after cosmetic surgery, compression underwear should be worn.

If all this is not done, then the manifestation of side effects will be more extensive.

Myth 4. Was it Successful or not my cosmetic procedure – immediately after removing the bandages?

Unfortunately no. Indeed, after the direct removal of sutures and fixing dressings, the second stage of the rehabilitation period begins – when side effects gradually disappear. Gradually – this means that it will take weeks, and sometimes months, to be able to talk about the assessment of the final result.

The evaluation of the results of rhinoplasty begins from the 4th month of rehabilitation. At this time, edematous processes are minimal, but they are still there. In some cases, swelling can go up to a year, although it manifests itself almost imperceptibly.

The breast after the increase also returns to normal for about six months. But even after removing the compression underwear, you still have to avoid the sun for some time – the seams “disappear” much longer, it takes 8-12 months. 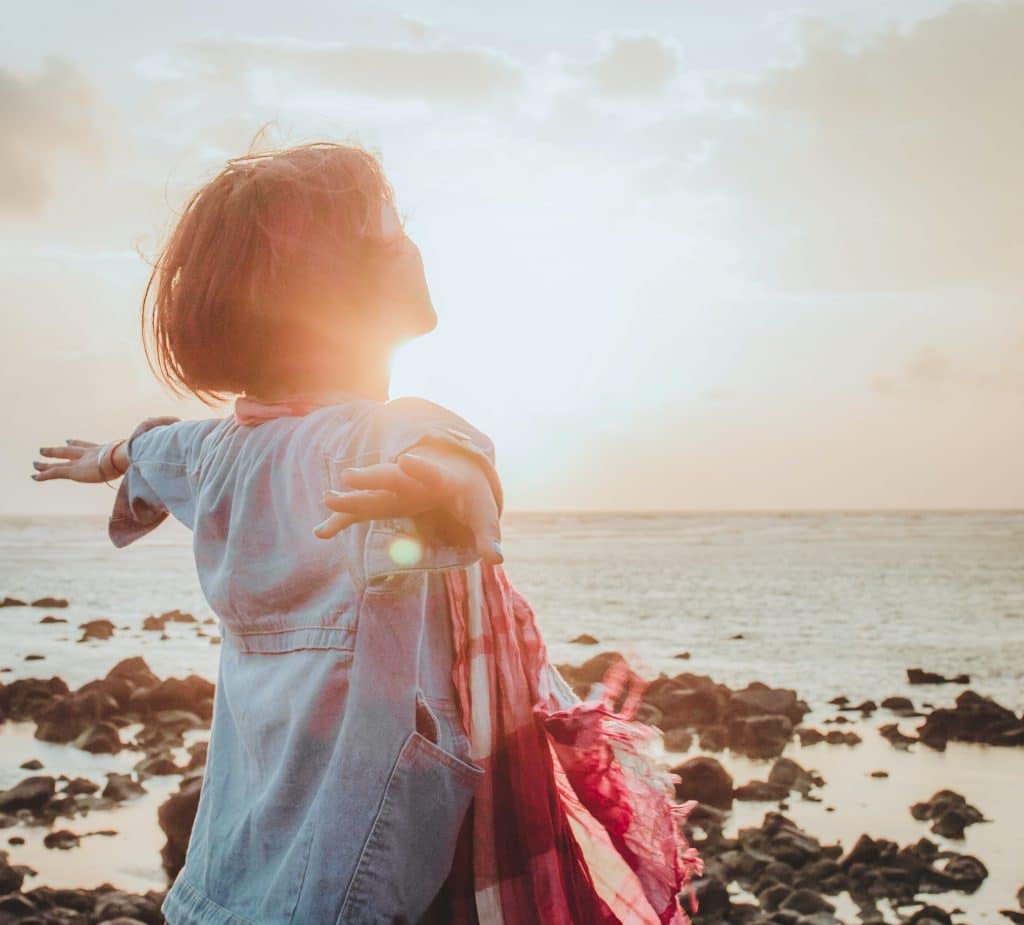 Myth 5. A good surgeon does not have unsuccessful operations.

A completely wrong statement, as the surgeons themselves say. A professional in any industry will tell you that even the best specialists can make mistakes. Errors are often caused not by a lack of qualifications, but by a number of related circumstances. For example, in medicine, such a circumstance may be a violation of blood clotting in a patient, which was not detected in time for some reason. Also problems of the rehabilitation period or unique complications can affect the final result. Failure to comply with the doctor’s recommendation is a direct path to the development of such complications.

How popular the doctor is and how often he performs operations can be judged, among other things, by negative reviews. The more famous the doctor, the more (and different) they write about him on the Internet. Usually clients. Many leave gratitude, many leave criticism. I must say that, according to statistical calculations, grateful clients are less likely to leave their feedback, because, having received what they want, they are often no longer interested in cosmetic surgery. But on the other hand, those who have some difficulties in rehabilitation or who are not entirely satisfied with the effect achieved often write their reviews. Thus, some reviews, of course, are not enough – in order to draw your own conclusions about the doctor’s qualifications. Additional information is his certificates, work experience, and reputation of the clinic.

True, but not really. A doctor with extensive experience and seniority, who regularly educates himself and takes part in master classes along with other professionals, of course, inspires more confidence than a little-known and inexperienced doctor. However, as a rule, a cosmetic surgeon has one “favorite” operation (or two or three), which he performs more often than others and in which his professional actions are brought to automatism.

Do not forget that a good doctor will worry about improving his skills and new experience. So, if the experience is really impressive and there are a lot of positive reviews about the doctor, it makes sense to trust him even if the operation is somewhat innovative.

Surgeons are narrow-minded. For example, an otolaryngologist surgeon who professionally performs rhinoseptoplasty. Often such a surgeon works in tandem with a cosmetic surgeon (especially when it comes to reconstructive rhinoplasty) – to achieve the maximum result. But it is cosmetic surgeons who have the necessary qualifications and experience to take into account all the details of the aesthetic effect in the end. That is, a professional, but not cosmetic, surgeon may not verify all his work to the millimeter, because he faces another task – for example, to restore the nose after a severe injury … 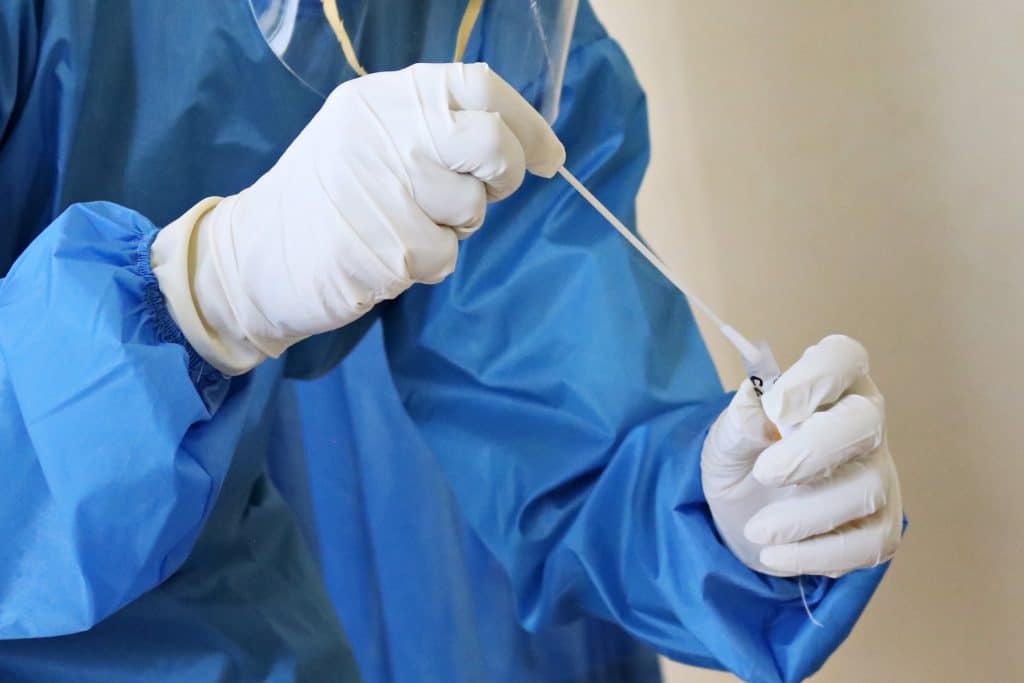 It all depends on the professionalism of the doctor. It is not so important whether he works in a German clinic or in a Lationoamerican one. If a doctor is familiar with the most advanced cosmetic surgery techniques, if he practices constantly, if he has many years of experience, he is already an expert in his field. A foreign doctor may turn out to be inexperienced. In the end, doctors of any qualification and “geography” make mistakes.

The cost of an operation abroad often differs from The United states. And in both directions. Many relatively cheap operations are offered to be done at the resort, during the holidays. Moreover, there are many cases when the operation was performed in salons, which, according to local legislation, are classified as beauty salons or beauty parlors. That is, surgery is simply prohibited there.

The consequences of an unsuccessful cosmetic surgery abroad (regardless of how much it cost and where the operation was performed) are quite severe. After all, it is not enough to perform an operation, the patient must be monitored regularly. A control examination in a month is rarely carried out if the doctor is a foreigner. A whole month of being abroad is not cheap. Hence – frequent complications after “foreign” operations. If you have already undergone cosmetic surgery abroad, contact a domestic clinic for a medical examination. This will protect against the possible development of complications and severe side effects. 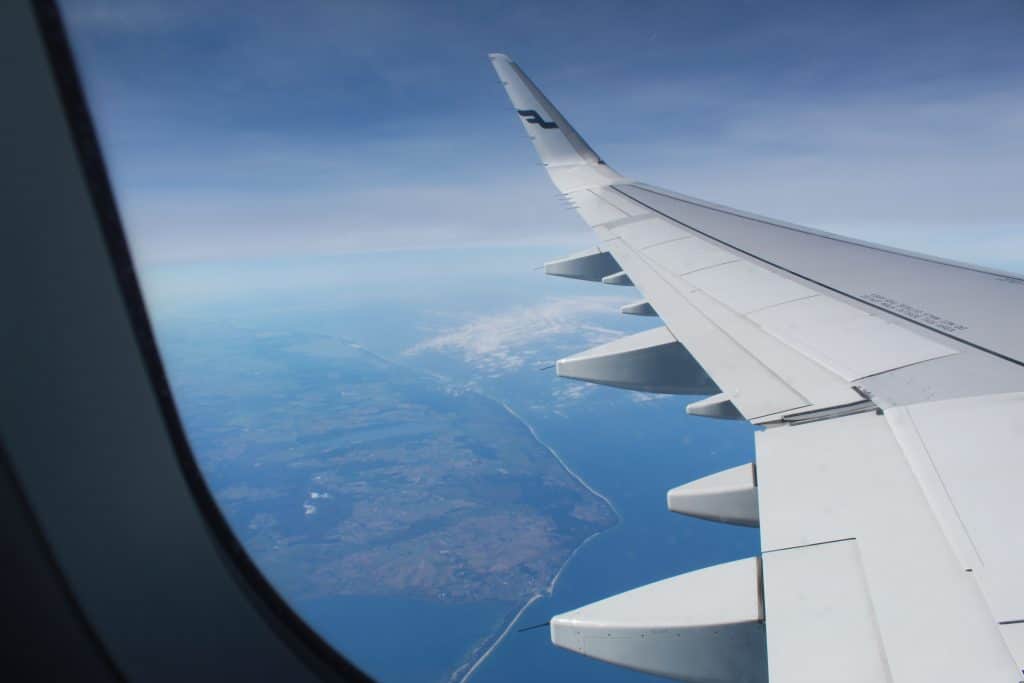 Of course, aesthetic medicine strives to make corrections in a person’s appearance once and for all. But, alas, age, injury, weight changes make their own adjustments.

There are operations that have to be repeated. As a rule, these are braces: body lift and face lift. Over the years, the skin loses its elasticity and stretches, falls – ptosis occurs. If a breast lift was performed at a young age, then over the years the effect of this procedure will become less pronounced and another lift may be required.

As for a facelift, they can be done a maximum of three times. Moreover, they give a rejuvenation effect, as a rule, not as pronounced as the patient expects. He looks younger, but only 3-5 years than he was before. But over the years, when his peers already have more pronounced signs of age, skin aging will occur much more slowly. In the future, this gives the effect of “minus 10 years.”

Yes and no. The price does not directly affect the quality of the operation and does not guarantee anything. The cost of cosmetic surgery depends on many factors: the location of the clinic (more expensive in the capital, cheaper in the regions), the reputation of the clinic (if the popular “name” is more expensive than the service), the complexity of the operation, the age of the patient, etc.

It happens that relatively low prices for the services of a cosmetic surgeon are somewhere far from the capital, and sometimes young doctors with little experience set very high prices, because they work in clinics in the center of Kiev. So the cost in this case does not solve anything, although it is obvious that a surgical operation and a full-fledged rehabilitation cannot cost a little.

Take care of your health!