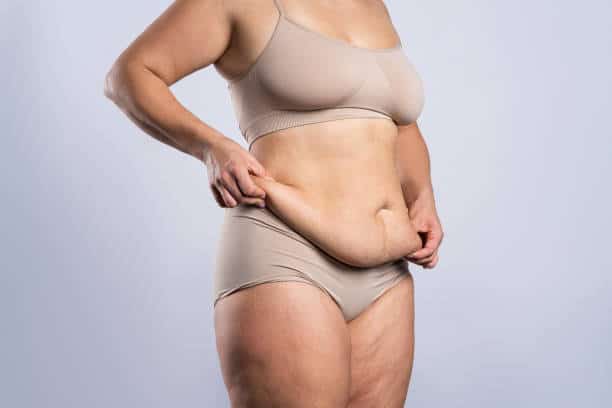 Abdominoplasty is a surgical procedure that achieves the removal of excess skin and adipose tissue from the middle and lower third of the abdomen, as well as the “stretching” of the muscles of the abdominal wall.

With this operation it is possible to achieve a dramatic improvement in the appearance of a protruding and relaxed abdomen, to gain a “flat abdomen” and a “narrower waist”.

However, it leaves a permanent scar, the length of which depends on the extent of the initial “problem” and which is usually “covered” along its entire length by the underwear.

The best candidates for surgery are men and women in good health, who show relaxation in the abdominal walls, excess skin and possibly stretch marks in the lower abdomen, usually after a lot of weight loss. Also women after pregnancies in which the muscles and skin “stretched” beyond the point where they can return to normal. Finally, the loss of skin elasticity, accompanied by slight obesity, can also be improved in older people. However, patients who intend to lose significant weight are not suitable candidates, as the operation is not a “slimming method”.Also women who are planning a future pregnancy are better off waiting. Diabetes, a history of previous abdominal surgery, and smoking are relevant contraindications to surgery or may alter its design.

At the patient’s first visit, the physician receives a detailed history, determines his or her general state of health, and assesses the condition of the skin, adipose tissue, and abdominal wall muscles. It is especially important for the patient to report honestly if he smokes. In this case, you must definitely stop smoking for 1-2 weeks before the operation and 2-3 weeks after, because its successful outcome is endangered, as the risk of skin necrosis in the area of ​​the incision is significantly increased. She then discusses with the patient his expectations from the operation, analyzes the procedure in all its stages (preoperative, intraoperative and postoperative) and finally mentions its possible complications. 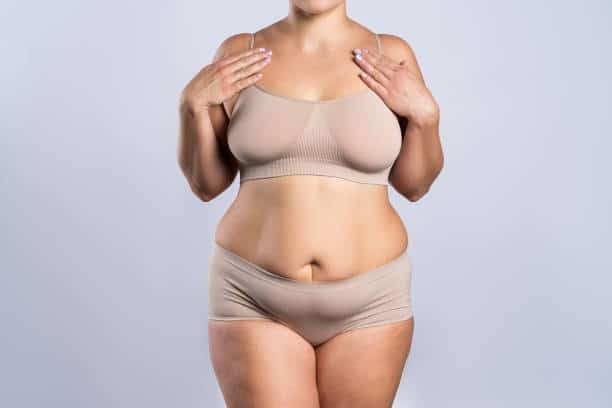 There are two variants of the operation, the “normal” and the ” mini ” abdominoplasty, which is essentially a smaller abdominoplasty that faces “smaller” problems.

The operation is performed under general anesthesia and depending on the problem and the technique used, it lasts 1.5-3 hours.

The incision made by the plastic surgeon is quite large and extends from one anterior upper pelvic spine (the most prominent point of the pelvis to the sides of the abdomen) to the other, just above the area of ​​the adolescent (bikini line). An incision is then made around the navel which is prepared and separated. Then, all the dermal tissue up to the lateral arches is prepared, stretched downwards and the excess is removed.

The fascia of the abdominal muscles are also folded and sutured, resulting in a more “flat abdomen” and a “narrower waist”. Finally, the navel is placed through a hole, in the appropriate position and the wound is sutured.

As for the incision around the navel and the hole we form to reposition the navel, I personally do not prefer the “circular” incision because it does not give a “natural result”, but a new simple technique, which gives obviously better aesthetic results. (photo)

In “mini” abdominoplasty, the incision is clearly smaller (about 20-25 cm) and does not extend so laterally. Also, no incision is made around the umbilicus, as the dermolipid tissue does not detach to the sides, but only to the umbilical region (umbilical).

The patient is placed in 2 drains (tubes), which remain at least up to the 4th day and a catheter for 24 hours. Remains in bed for the first 24 hours. The hospitalization lasts 1-3 days, where he receives intravenous antibiotics and painkillers.

The patient comes out, wearing a tummy tuck, with instructions for continuing the antibiotics orally for as long as the drains remain, which the doctor checks daily. Postoperative pain is controlled with the usual oral painkillers.

The sutures in the navel are removed on the 7th -10th day , while the remaining sutures are internal and absorbed. In the first days the patient sleeps with his legs folded in his abdomen, he is encouraged to walk, although it is difficult for him at first to stand upright. The belt is mandatory for a month and is removed at bedtime after 10-20 days.

The return to work can be done after 10-14 days, however the full return to daily activities takes place after the month, while the gymnastics and the intense physical activity start gradually from this period onwards. The scars in the first months may seem to “get worse”, but this is normal. It may take 9-12 months for the scars to become smooth and less red, but they will never become “invisible”, but they will always be covered by the underwear. Of course, the “quality” of the final scar depends both on the “technique” of the doctor (suturing method, avoiding excessive stretching during suturing), and on the quality of the skin and the healing of the patient himself. However, strict adherence to the doctor’s postoperative instructionsand especially the avoidance of smoking, but also the gradual and not abrupt return to daily activities helps in the best possible result on a case by case basis. 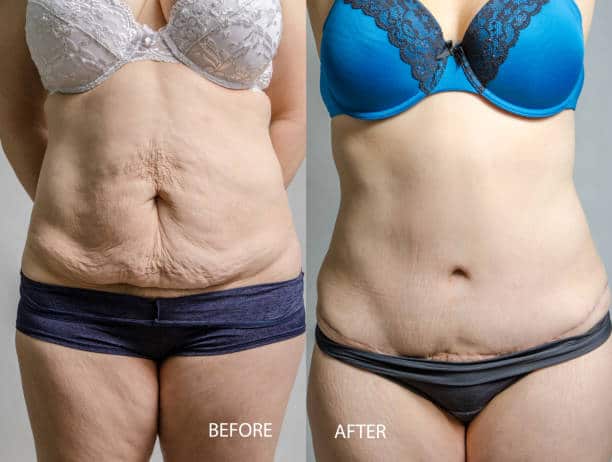 The most common complication is the collection of serous fluid under the dermal tissue of the abdomen, if the drain is removed quickly, which is treated by inserting a new drain for a few more days or by puncturing.

More rarely, minor skin necrosis may occur at the incision site, especially in smokers, diabetics, and those who have had previous abdominal surgery with an incision above the navel, usually treated conservatively and delaying healing for days or weeks. Rarely, a second operation may be needed to correct for more extensive necrosis. The possibility of this complication occurring is significantly reduced, provided that an experienced plastic surgeon adheres to certain basic principles in performing the operation, but also on the part of the patient to some postoperative instructions.

Hematoma, inflammation and venous thrombosis are also rare complications, for which all necessary measures are taken to avoid them, but the patient should be thoroughly informed about them before the operation.

In conclusion, abdominoplasty, performed by an experienced plastic surgeon, produces excellent results for patients with loose abdominal walls and excess skin, which in most cases last as long as they follow a balanced diet, exercise program and significant weight fluctuations. If these patients have realistic expectations and are ready to endure a relatively long recovery period and a permanent scar, then abdominoplasty is the answer for them.